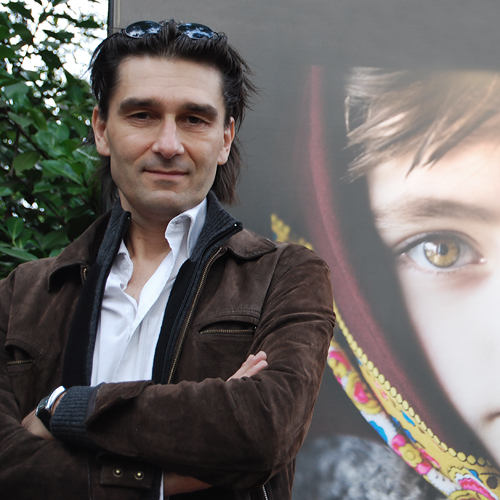 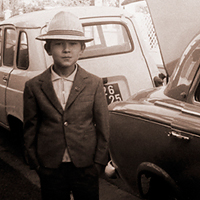 was born in France in 1961 from Ukrainian parents. He began his career as a dental technician, afertward he became a dancer 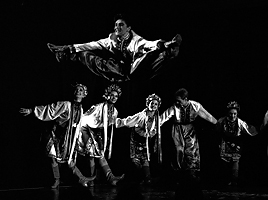 , actor and singer in a Ukrainian company based in North America. Once back in France, he went all over Europe in Jérôme Savary’s show called CABARET from 1986 to 1989. Then, he became a children’s shows director. Fascinated by pictures, he began a new career in the art of photography, fast track to understand people and the world around him. He is satisfied when his pictures reveal people’s true emotions.

wrote some papers at the moment.

In 2004, a new ethnographic report is released in Ukraine. He will go through the country during three years, living in Ukrainian people’s houses, sharing their joys and sorrows. Afterwards, he will create his first exhibition: UKRAINIANS

in Kiev, Lviv and Bucharest. More than 15,000 people attended his show.
In 2008, the exhibition has a second life, with relief pictures adapted for visually impaired people. He also adds recordings made by Ukrainian famous people and politicians in order to improve the understanding. This exhibition will be a great success again. More than 40,000 visually able and visually impaired people in Kiev, Lviv, Donetsk, Symferopol, Odessa, Tchernivtsi and Dnipropetrovsk attended his show.
At the end of 2008, “Ukrainians” represents Ukraine in Friburg

in Germany on open air and large framed exhibition.
In 2010, in Kiev, Ukraine, he releases his studio pictures through the BILAK’s BACKS 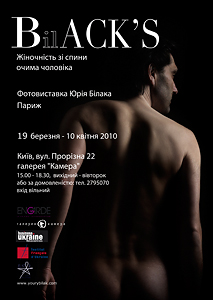 exhibition, enlightening women’s backs.
This show was also exhibited at the Palais Royal Gardens, in Paris, in 2010.