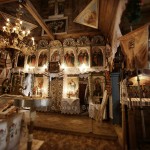 CHRISTMAS In Ukraine, we celebrate the birth of Jesus Christ a long time before Christmas, even if the key moment is the January 6th dinner (see below the explanation about calendar differences). The “Christmas dinner” (Sviata vetchera) does not include meat and dairy product. First, we lay some straw or hay on the table, to represent the place where Jesus Christ was born. Then two tablecloths are stacked up, the first one for people alive, the other one for the dead ancestors. They add a place setting for the dead beloved’s soul. Some Hutsul people* light some resin and take it all over the place three times to chase away bad spirits. Dinner starts when the first star appears in the sky (it symbolizes the star that directed the Magi to Bethlehem). They lay on the table a sheaf (Didukh) which represents their ancestors. They bring to animals in the cowshed a double portion of food in order to thank them for their role. They warmed Jesus and left him the poultry feed as a cradle (this is why we don’t eat meat). The meal begins with a prayer ending with “Khrystos rodyvsya!” (Jesus is born) everyone around answer “Slavite yoho! (Glorify him). Before eating the 12 dishes, like the 12 apostles, they lay some Koutia (mix of wheat, poppy, walnut and honey) on the window for the Angels. The Koutia is the first dished ate, it symbolizes prosperity. According to an old tradition, we throw a spoon of Koutia on the ceiling, if it stays stuck on it, it will be a good year. This popular tradition is about to disappear today. All day long, children go from house to house to sing some “Koliady” (Christmas songs) and they receive some money as a reward. Some children are disguised as Magi. During the evening, it is the adults’ turn to make choirs and sing from house to house. In some towns, the following day after the mass, the priest blesses orchestras which will also go from houses to houses. These “Koliady” end on the January 13th morning, they are replaced by the Malanka (this word comes from the first name Mélanie, New Year’s celebration). The Ukrainians are currently based on the Julian calendar for the religious celebrations, in contrast with the Gregorian calendar. Firstly, Julius Caesar asked to his astronomers to reschedule the calendar year on the solar year. It gave birth to the Caesarean calendar. It was far to be perfect, so in 1582 pope Gregory XIII decided to readjust it and a 10-day difference appeared (currently 13 days). But in 1054, the Great Schism happened between the Roman Catholic Church and the Orthodox Church. This is why during the 16th century; only the Catholic Church modified its calendar. This difference only results into different religious celebrations dates according to Churches. This is why Christmas is celebrated on January 7th and New Year on January 14th in Ukraine. (*) People who live in the Ukrainian Carpathians. 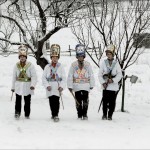 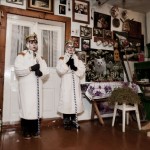 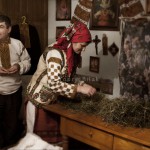 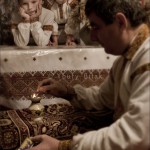 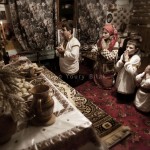 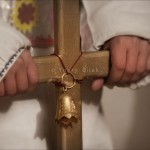 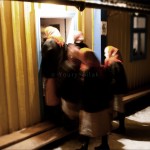 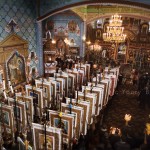 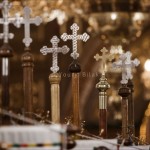 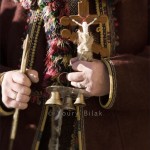 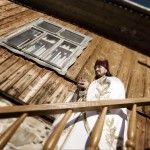 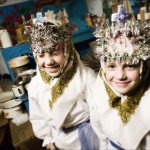 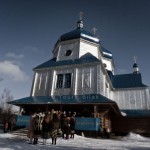 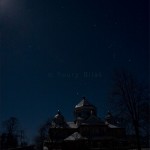 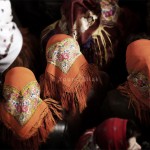 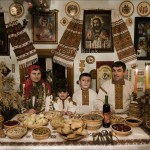