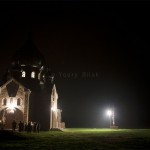 EASTER Easter is the most important Greek Catholic Orthodox celebration in Ukraine. Until 988 (year of the Christianization), it corresponded to New Year’s Day. This celebration happens on the first Sunday following the first moon of spring, just like in Western Europe. But it rarely happens on the same day (see below). Forty days before Easter Sunday, they begin to fast from dairy products and meat. In Ukrainian churches, they bless the fire on Easter Holy Thursday and each inhabitant brings some back home. Sometimes they walk several kilometers… and they try not to turn the fire off. Back home, they protect their houses using this fire making crosses at the top of the doors, this place being evil. From Thursday until Sunday, it’s absolute fasting for people who literally respect the tradition. During the Lent period, they make painted eggs “pyssanky” with many symbolic drawings. The egg being circular in shape represents the Sun and the renewal just like buns made to be blessed during Easter mass. This mass begins in some villages at midnight and lasts more than 3 hours. In Ukrainian churches, whether they are Orthodox or Greek Catholic, there aren’t any benches or chairs. People stay standing or they stay on their knees. When mass is about to end, everybody goes out and take place around the church with baskets full of sausage, buns and eggs. Then the priest blesses them with holy water. I love this moment because it always happens in a good mood. Ukrainian people love it too because it announces the end of fasting. This nocturnal tradition lighted with candles on the grass is quite simply amazing. It is then time to stretch out legs, we deserve it. Let’s feast! Dinner is served… Calendars difference: The Ukrainians are currently based on the Julian calendar for the religious celebrations, in contrast with the Gregorian calendar. Firstly, Julius Caesar asked to his astronomers to reschedule the calendar year on the solar year. It gave birth to the Caesarean calendar. It was far to be perfect, so in 1582 pope Gregory XIII decided to readjust it and a 10-day difference appeared (currently 13 days). But in 1054, the Great Schism happened between the Roman Catholic Church and the Orthodox Church. This is why during the 16th century; only the Catholic Church modified its calendar. This difference only results into different religious celebrations dates according to Churches. This is why Easter never happens in Ukraine the day it happens in Western Europe. 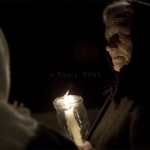 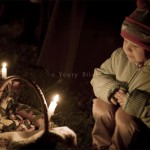 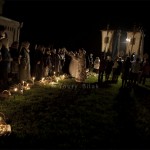 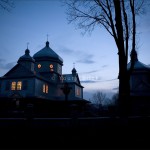 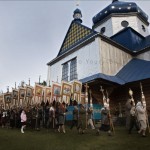 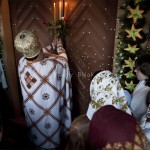 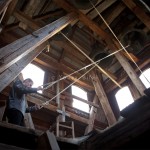 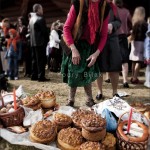 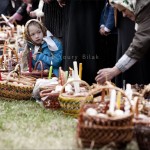 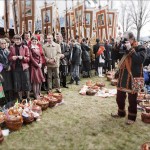 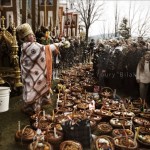 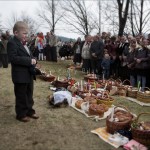 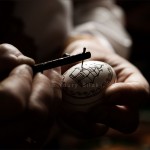 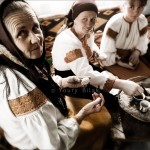 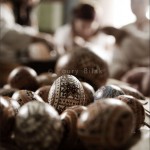 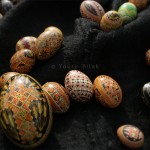 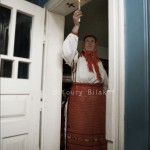 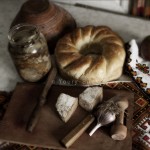