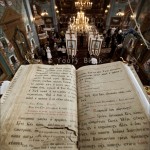 BLESSING OF WATER In the Ukrainian Greek Catholic and Orthodox Church, in accordance with the Byzantine church traditions, the “blessing of water” is celebrated on January 6th which corresponds to the January 19th according to the old calendar (see explications below). This procession is called Theophany*. It commemorates Jesus’ baptism by Saint Jean Baptiste in the Jordan River. Its popular name is “Jordan day”. It ends the festivities cycle at the end of the year. When I was young, I was intrigued by a postcard of my dad’s collection. It represented a priest who was blessing the water of an iced river where a hole in the shape of a cross was formed. A few years later, I was wondering if that practice still exists. I had the chance to attend this ceremony and its preparation. Right now, the faithful cut the ice with a chainsaw and bring it with a truck to the place where the ceremony happens. They build iced crosses and churches, using water as mortar to stick and join bricks. On the morning, I went where the ceremony was supposed to happen. I was surprised to notice that it was a football pitch with an iced church in the middle. A thick fog enveloped this temple deserted at the moment. The surrounding tranquility was suddenly stopped by muffled songs coming from dawn. Little by little, silhouettes appeared from every side of the pitch, like two teams with flags coming from nowhere, like a mirage. The faithful formed a crowd that became bigger and bigger until it took over the whole football pitch. All of a sudden, a strange feeling invaded me. I realized that this procession occurred again and again over generation perpetuating centennial traditions. Calendars difference: The Ukrainians are currently based on the Julian calendar for the religious celebrations, in contrast with the Gregorian calendar. Firstly, Julius Caesar asked to his astronomers to reschedule the calendar year on the solar year. It gave birth to the Caesarean calendar. It was far to be perfect, so in 1582 pope Gregory XIII decided to readjust it and a 10-day difference appeared (currently 13 days). But in 1054, the Great Schism happened between the Catholic Church and the Orthodox Church. This is why during the 16th century; only the Roman Catholic Church modified its calendar. This difference only results into different religious celebrations dates according to Churches. (*) Theophany means “appearance of God”, because according to the Holy Bible, it is the very first revelation of Jesus’ divinity by the Holy Father and the Holy Spirit (revelation from the Holy Trinity). 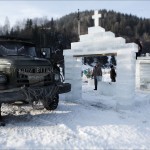 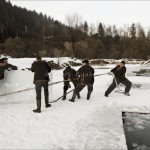 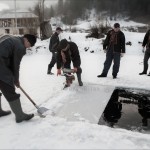 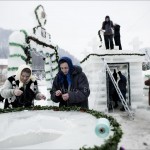 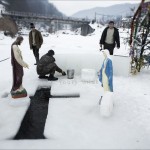 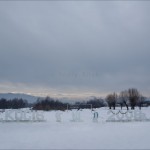 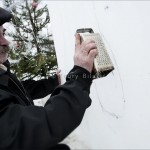 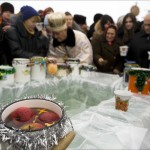 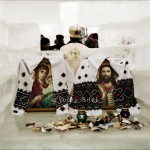 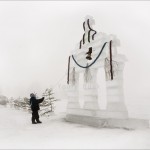 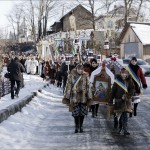 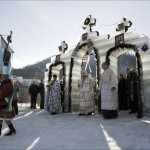 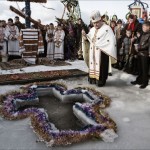 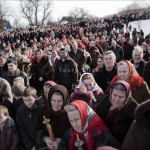 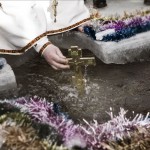 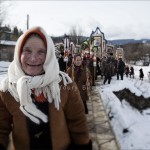 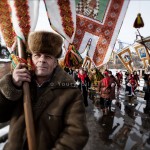 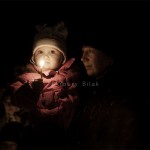 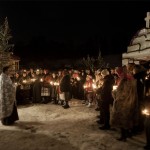 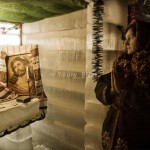 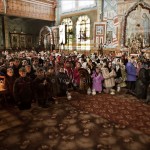 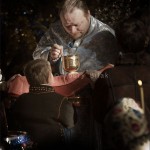 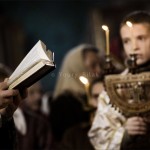 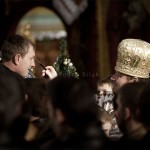